Capitalism is in crisis. It cannot be business as usual for very much longer

Last Wednesday, the congenitally discrete Financial Times wrapped itself in a shockingly garish yellow shroud and told the world: “Capitalism. Time for a reset.” Referring readers to its “New Agenda”, it added that “Business must make a profit but should serve a purpose too.”This came just a month after 181 American chief executives gathered under the banner of the Business Roundtable to issue “a statement on the purpose of a corporation”. In a shift that would have Milton Friedman squirming in his grave, the executives called for companies to stop focusing exclusively on short-term shareholder returns, and instead to focus on the long term, and on all stakeholders, including employees, clients and communities.These sentiments have been simmering since the 2008 global financial crisis raised doubts about the merits of unfettered shareholder primacy, and began to take clear shape a couple of years ago around the marketing mantra of ESG – environmental, social and governance – goals. I have for long been sceptical about executives who come to me preaching their ESG commitments, and about asset managers who claim they are “greening” their portfolios around companies committed to sustainability. Many such executives are doing little more than spinning their marketing lines. But it seems there are now some very powerful – and seriously rich – corporate titans who recognise that some very bad things are happening around capitalism as it has been practised in the past couple of decades. They acknowledge that unless significant change happens, capitalism itself may be in jeopardy.

I have had my own layperson concerns for many years about how capitalism and the financial sector have morphed in recent years. When my London bank manager told me in 1984 that his client services department was closing, and being shifted to a call centre in Cardiff, I recognised that the boring and modest era of banking to support the financial planning needs of companies, and of young savers like me, was coming to an end.

In its place was an increasingly lucrative role creating exotic financial products, most of which were sold to other banks and financial services entities. Serving the needs and interests of others in the financial services sector had become more profitable than serving small companies, or savers like me. But bad signs about the state of capitalism have begun to proliferate. For more than a decade, economists have been wringing their hands about weakening competition, stalling productivity growth and rising inequality. What can possibly justify the average UK chief executive’s pay rise over the past 20 years from 48 times the pay of an average worker, to 129 times? In the US, the trend was even starker – from 42 times in 1980 to 347 times in 2017. Something is clearly awry.

What could explain the corporate passion for mergers and acquisitions, when the evidence of decades has been that mergers rarely benefited either the acquirer or the acquiree, more often destroying capital than creating it? Except of course that they frequently pre-empted the emergence of a pesky competitor, or enabled economies of scale that frustrated competitors and enabled monopoly rents.What about the radical emergence of tax-avoiding activity that has put the world’s most powerful multinationals in conflict with most leading Western economies? For someone who has spent much of the past 20 years arguing for, and applauding the benefits of, free and open trade and investment, it was shocking to read a recent International Monetary Fund (IMF) paper, The Rise of Phantom Investments, which showed that as corporate tax rates have fallen around the world – from an average of 40 per cent in 1990 to about 25 per cent today – an increasing share of foreign investment has actually been channelled through tax havens for the purpose of tax management.

This explains why 40 per cent of all foreign direct investment is “phantom investment” lacking any practical or productive value, amounting to a total of around US$15 trillion, and why 10 economies – Luxembourg, the Netherlands, Hong Kong, the British Virgin Islands, Bermuda, Singapore, the Cayman Islands, Switzerland, Ireland and Mauritius – account for 85 per cent of this.This explains what the IMF authors Jannick Damgaard, Thomas Elkjaer and Niels Johannesen, call “double Irish with a Dutch sandwich” – transfers of company profits between subsidiaries in Ireland and the Netherlands, with tax havens in the Caribbean the typical final destination. It explains why in 2015 Ireland’s gross domestic product growth was a stunning 26 per cent “following some multinationals’ relocation of intellectual property rights to Ireland”.

Protesters dressed up as shady businessmen calling for a crackdown on tax havens, in London in 2013. Another global economic conundrum must be why, when all economic signals point to a global slowdown, perhaps even a sharp recession, stock markets remain at record highs. Note Rana Foroohar in the Financial Times: “One of the biggest market stories of the past several years has been corporations capitalising on cheap money using record low interest rates to issue bonds and then using the money raised to buy back their own equity in order to bolster share prices.”

It is no coincidence that so many executives’ pay packages depend heavily on a healthy share price.Much of the mysterious alchemy of company and market behaviour over the past decade has without doubt been due to the perverse influence of quantitative easing and near-to-zero interest rates, which has enriched anyone holding property or equity assets, and punished those with savings or pension plans.

Doing whatever it takes to keep shareholders happy is not the same as helping an economy to grow, or people’s livelihoods to improve

It has also been due to a rising recognition of the harm soon to be inflicted by climate change, and the challenge to the sustainability of many businesses.

These many uncertainties, changes and distortions have drawn the yellow-painted FT and the 181 CEOs at the heart of the Business Roundtable to the conclusion that capitalism as we have practised it for the past four decades faces existential challenges. Many executives are for sure only in the nursery slopes of working out what “purpose beyond profit” is likely to mean in practical terms.

But one conclusion seems clear. Doing whatever it takes to keep shareholders happy is not the same as helping an economy to grow, or people’s livelihoods to improve. The FT is not wrong to call for a reset. Many companies are going to find the reality of reset very painful. 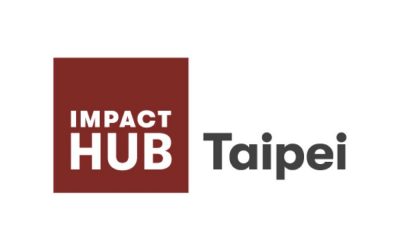 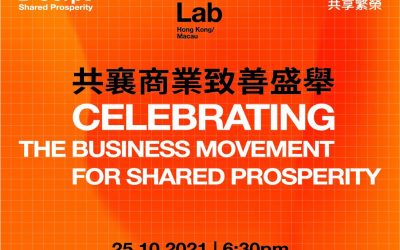